Carlos Sainz (Audi) conquered its second stage victory in the 2022 edition of the Dakar Rally and gave the fourth joy to the Q E-Tron of the German brand. Sebasiten Loeb (BRX) received a five-minute penalty and is moving away from Nasser Al Attiyah (Toyota), who is already trying on the crown. great task of Lucio alvarez (Toyota), second in the partial.

If in motorcycles the race is still open and anything can happen, in the other central category of the 2022 Dakar Rally the opposite happens. Is that Nasser Al Attiyah He got an advantage in his favor in the first stage and thanks to a very neat task he managed to manage it until reaching the last day of action with a cushion of almost half an hour in his favor.

The Qatari prince has 161 kilometers remaining tomorrow to lift his fourth Touareg, the first in Saudi Arabia. Sébastien Loeb, for his part, tried everything until the end, but he could barely scratch a little time -which later disappeared as a result of a 5-minute penalty for speeding- and it was hardly enough for the miracle in the last stage.

With the first place in the general standings unchanged, the focus is on the fight for each stage and, in the last two days, on the task that the electric Audis have been carrying out. Once they were able to achieve reliability, the cars from the German house showed that they can be serious candidates for the next editions.

Today was the turn to show off for Carlos Sainz who achieved his 41st stage win in the toughest race on the planet. He was escorted by Lucio alvarez (Toyota) who returns to the forefront closing a race with excellent partial results, although with the thorn of that delay in the eighth stage.

Third was placed Matthias Ekstrom, which is clinging to its place in the Top 10 overall, positioned as the best Audi in the aggregate.

For its part, Orly Newfoundland (BRX) finished ninth in the stage and remains fourth overall, as the best South American representative in the category. 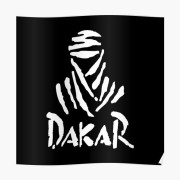 How did the Argentines fare on Stage 11 of the Dakar?